5 Lessons To Learn From The Lives Of Indian Entrepreneurs 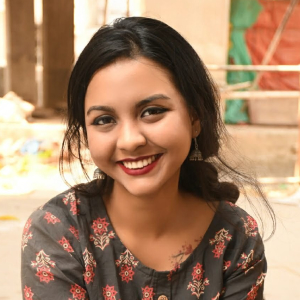 There are many successful Indian entrepreneurs, but we have picked 5 best entrepreneurs from whom we may take 5 lessons from their lives. Read to know more 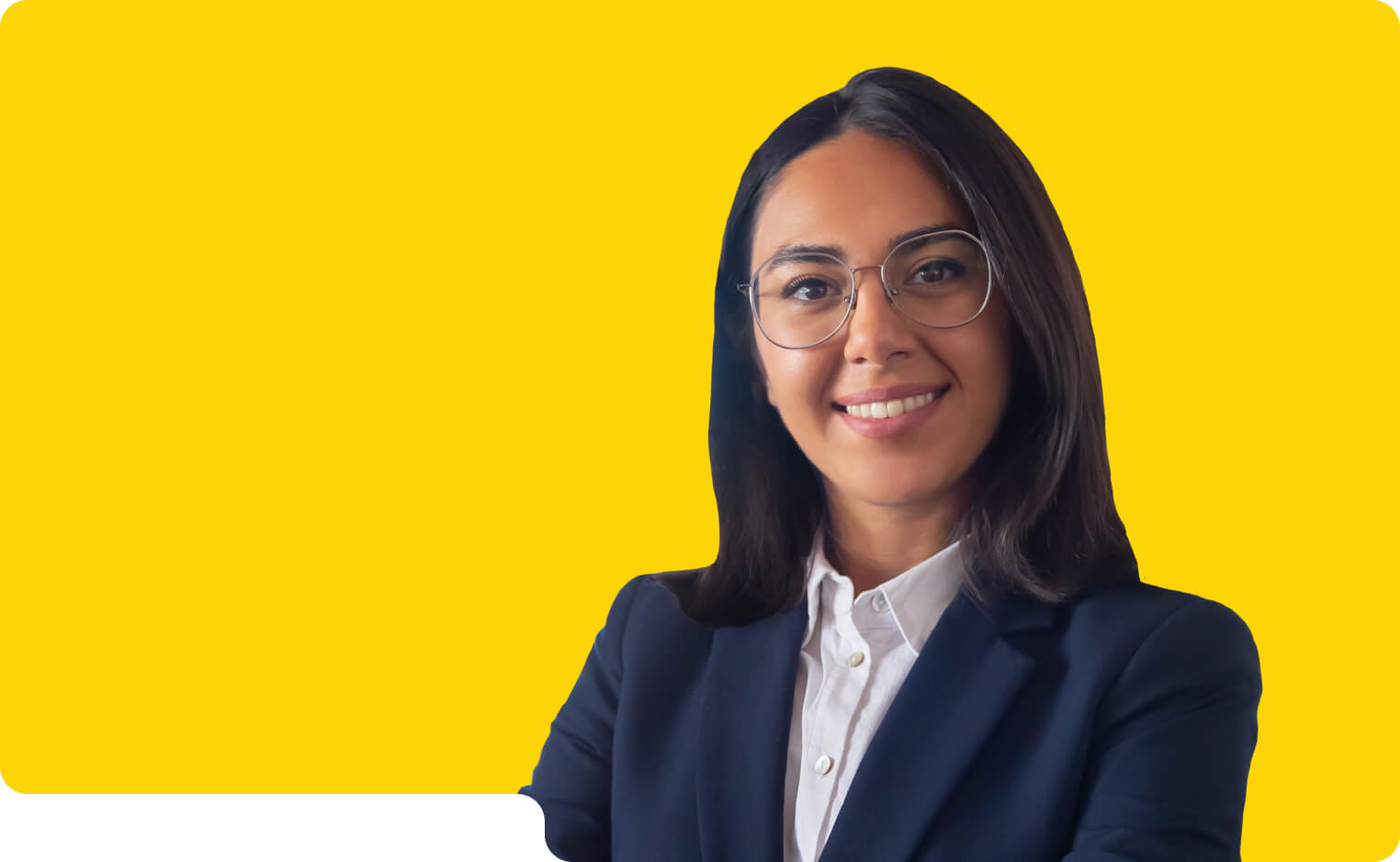 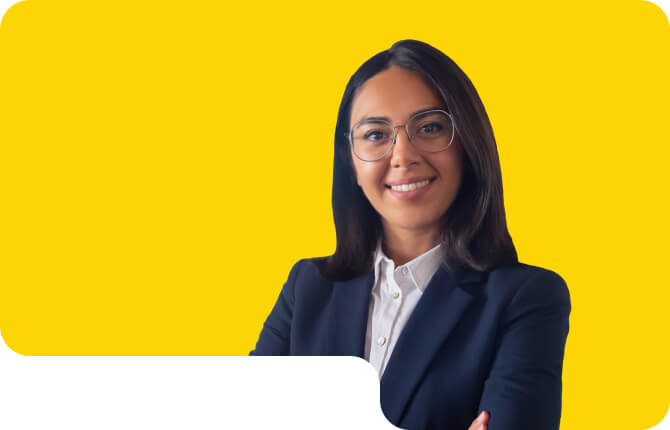 The stories of the great and the good are important, not because we should blindly follow their paths, but so that we can learn from their journeys and their failures, too.

All the successful entrepreneurs of our country have had their share of pitfalls and criticisms; thus, in order to reach (or surpass!) their success, we also need to be aware of their struggles, as well as their visions, which kept them motivated, kept them moving.

Here Are 5 Great Entrepreneurs Of India, And The Lessons We Can Derive From Their Lives

“I wanted to stand for those women who want to be beautiful for themselves, not for men or other women.”

Falguni Nayar is the Founder and CEO of Nykaa, India’s leading beauty retailer, founded in 2012. Now, after ten years, Nykaa has a portfolio of over 1500 brands, including its own private label. It is no longer restricted to online shopping and has over 60 retail stores across the country.

Falguni Nayar is currently one of the only two self-made billionaire women in India and has created this beauty and lifestyle empire for herself.

Listed as one of Asia's Power Businesswomen 2019 by Forbes Asia, Nayar’s journey and success teach us an important lesson: Instead of dabbling with multiple different things, it is more important to find a niche and then go all-in with it! 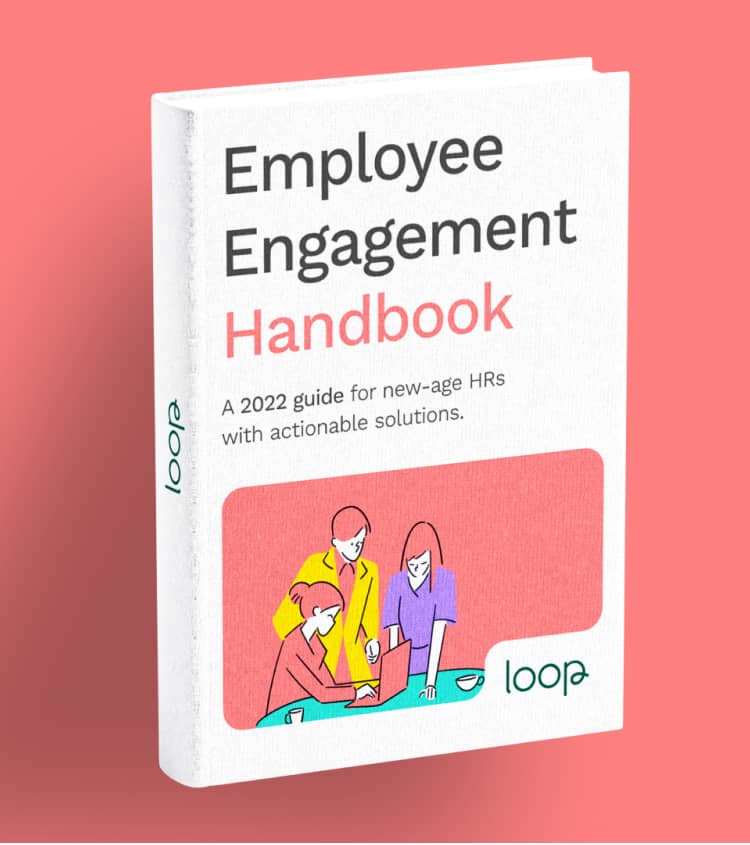 A playbook for modern HR leaders to boost employee engagement with actionable solutions.

“Live in the ‘now’. Let go of what is elusive & work for what makes you happy today.”

The world’s youngest CEO at 17, Ritesh Agarwal is the Founder and CEO of Oyo Rooms (short for ‘ON YOUR OWN’), a platform that provides hotels, homes, and other lodging solutions. From being a young boy who used to sell sim cards in Orissa, he went on to become one of the youngest billionaires in India.

According to Agarwal, it's not only about coming up with the right idea; it's also about identifying the right problems and striving to solve them. His own business idea, too, came as the ‘right solution’ to the problem of lodging in India with proper facilities, but on a budget.

Agarwal, who enjoyed traveling and had stayed in a variety of hotels, noticed a recurring issue in the places he stayed: the amenities and facilities offered in the hotels were not sufficient for the expensive price they were charging.

He believed that the majority of hotels in India could not meet the basic needs of a budget traveler. And thus began his first venture in 2012, called Oravel, which was then relaunched as Oyo.

“Success is about making a positive impact. I am an engineer by chance, a teacher by choice, and an entrepreneur by chance.”

Bjyu Raveendran is the Founder of BYJU’S, an online education system that has assisted hundreds of students in passing some of the most difficult entrance exams, including JEE, NEET, and UPSC, as well as providing guidance on school subjects and lessons.

He is an engineer who worked for a shipping company and stumbled into the field of teaching when he volunteered to help his buddies with their CAT exam. Raveendran's buddies passed the exam with flying colors, which inspired him to become a full-time teacher.

The lesson here is clear: Do what you love and you will love what you do. Raveendran pursued something he loved and had the skills for, which resulted in the valuation of  BYJU’S crossing $11 Billion. 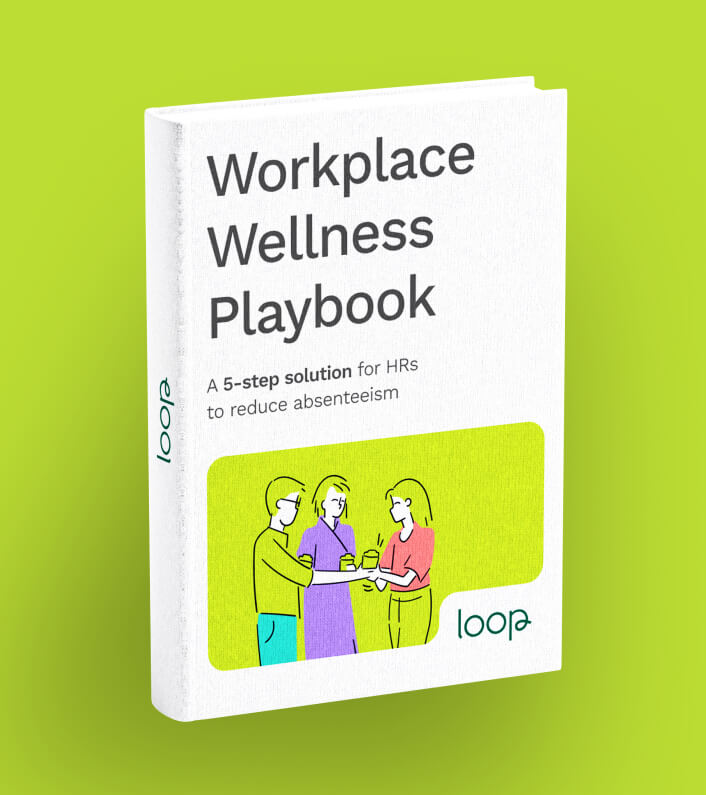 Effective and easy to implant strategies to reduce absenteeism

“I believe in never giving up, no matter what the odds. My mantra is, 'Failure is temporary. Giving up is permanent.'”

The Founder of Biocon, Kiran Mazumdar-Shaw started this enzyme manufacturing company in 1978 at the age of 25. She took a significant step forward in 1998 when she entered the pharmaceutical sector, where she worked on drugs such as statins, insulin, immunosuppressants, and monoclonal antibodies.

Mazumdar-Shaw eventually increased her business not only in terms of items but also in terms of production capacity.

Biocon's initial public offering (IPO) in 2004 was oversubscribed 33 times, resulting in a market capitalization of $1.11 billion, making it the second Indian firm to reach the $1 billion milestones on the first day of listing.

Having started her company out of a garage, Mazumdar-Shaw faced problems while recruiting because people did not want to accept women in charge. However, she fought on and eventually found people who believed in her dreams.

Mazumdar-Shaw’s motto was - “Have a mission.” Her mission was to create job opportunities since job creation also impacted positively on the country’s GDP.

Perhaps the most well-known name in this list is known for his humility as much as his success. Ratan Tata's legacy speaks for itself, as a recipient of two of the highest civilian awards, the Padma Bhushan and the Padma Vibhushan, a philanthropist, and one of the country's most successful businesspeople.

Ratan Tata is widely credited with helping Tata Steel diversify and flourish by leading the company in the acquisition of several businesses and organizations, including Tetley, Jaguar Land Rover, and others, and scaling the company to unfathomable heights.

However, the biggest lesson to learn from him is to be humble and to give back more than you take.

This is a billionaire who has not shied away from traveling in economy class. He is also been very vocal about his mission to eradicate malnutrition from the country and endowed scholarship funds of large amounts for needy students.

Ratan Tata also pleaded to companies to not lay off employees during the time of the pandemic and funded hundreds of crores to fight against the Covid-19 crisis. 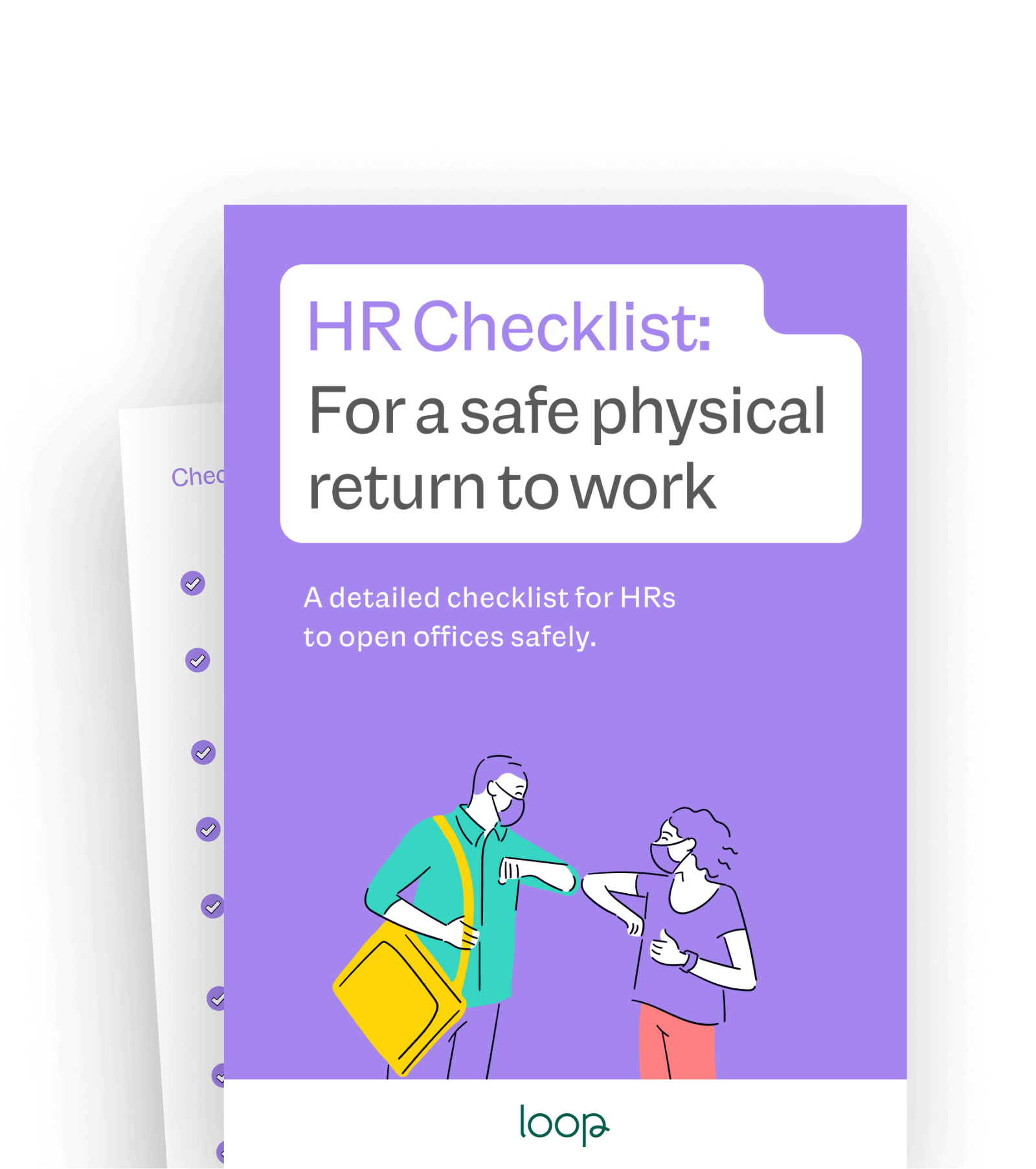 Ensure a safe return to work

A step-by-step checklist to prepare you & your employees for reopening your office.

As an entrepreneur, your primary responsibility is towards your employee. It is up to you to ensure that your employees are motivated, satisfied, and engaged in their work.

Download this trending guide to explore the latest trends in giving your employees the benefits they deserve.

How can you do that?

Simple! You have to go an extra mile by providing health benefits, wellness programs, and group health insurance to them.

Sign up with Loop Health here, to give your employees medical and financial security, so that they can take care of your business. 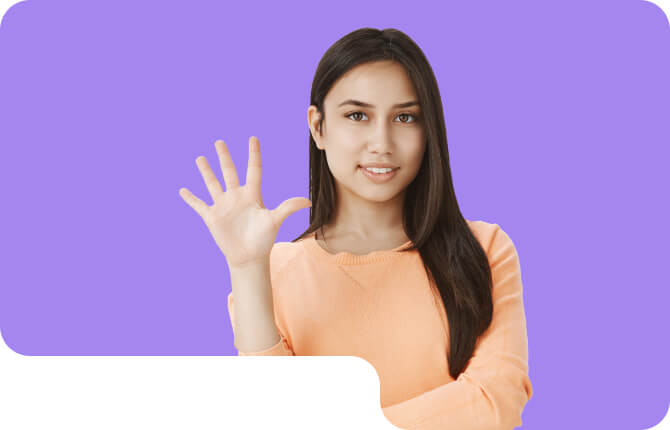 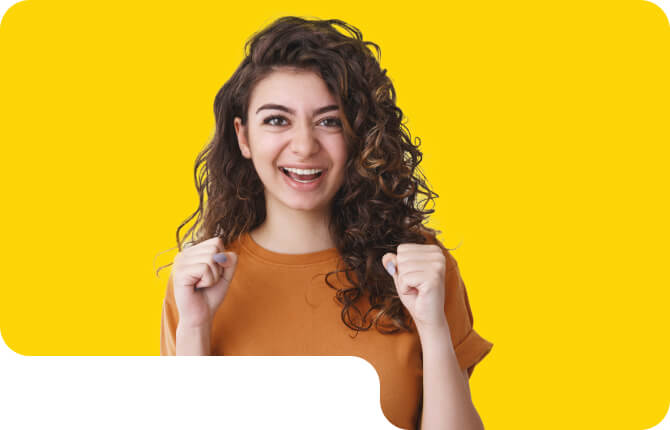 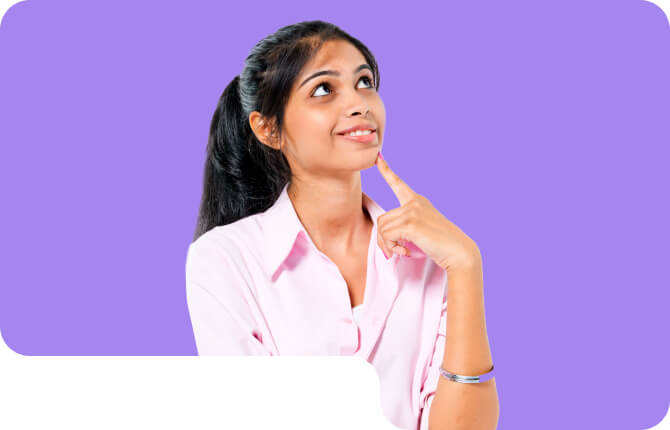 What Are Common Employee Benefits (10 Most Popular Benefits)

Thanks for downloading, the pdf has been sent to your email address.
Oops! Something went wrong while submitting the form.
Free Download
Download Guide We are reachable 24x7